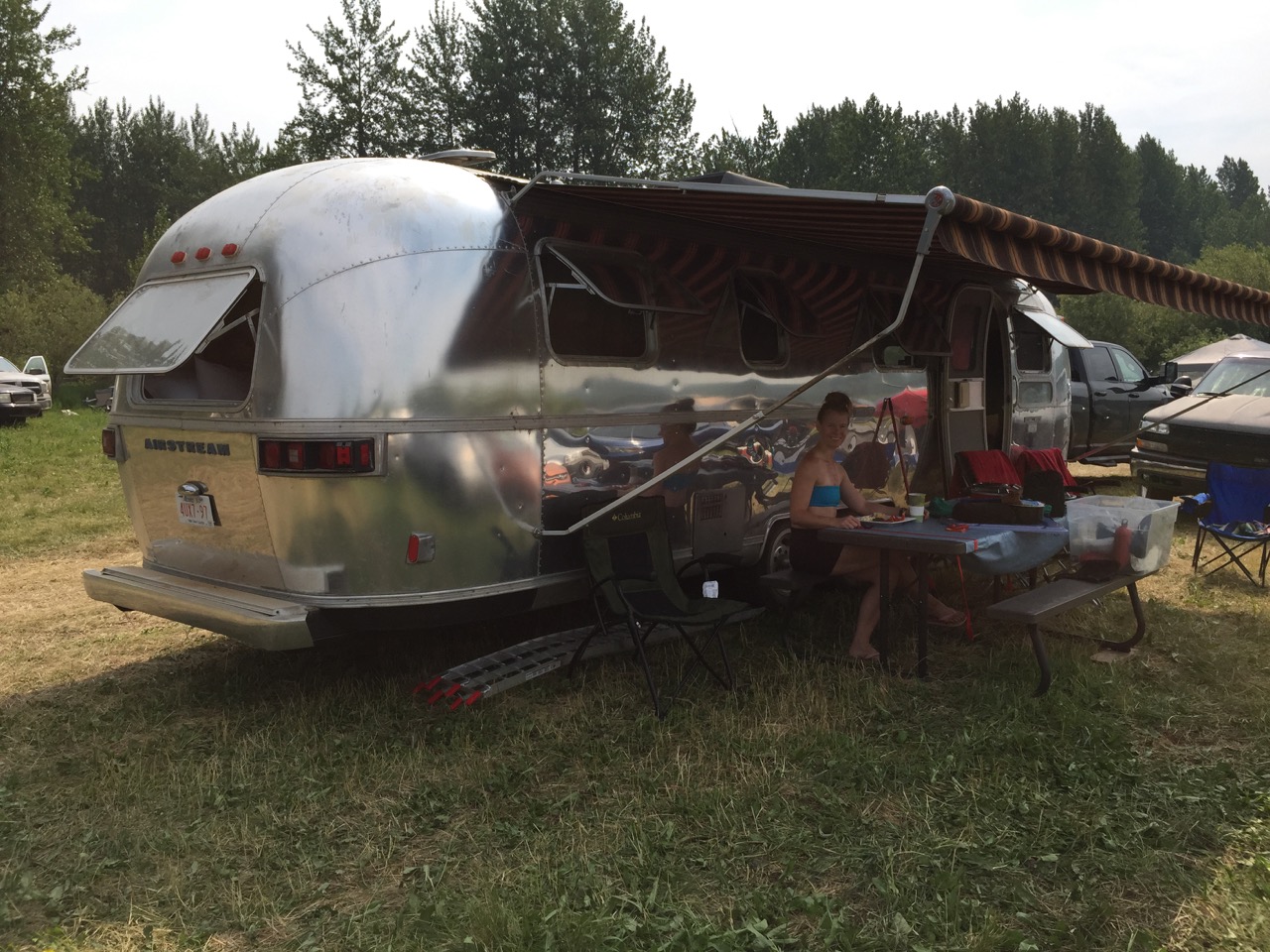 Welcome to our Airstream page, here you will find photos and videos cronicalling the renovation/restoration of our 1978 Airstream 31' Sovereign.

We named her Prana. Prana (life force) is all cosmic energy, permeating the Universe on all levels. Prana is often referred to as the "life force" or "life energy". It also includes energies present in inanimate objects. In the literature, prana is sometimes described as originating from the Sun and connecting the elements of the Universe. This life energy has been vividly invoked and described in the ancient Vedas and Upanishads.

We thought Prana was the perfect name for the space our family is going to spend the next couple years of our lives living in.

This process has been anyting but easy. Everything has taken longer and cost more than I anticipated.

Some of that can be attributed to a lack of experience, but I have had a lot of construction experience with bulding complete houses from scratch along with several home extensive renovation projects. The main reasons I have found for the delays is the basic structure of an older Airstream. Nothing is square, level or straight. 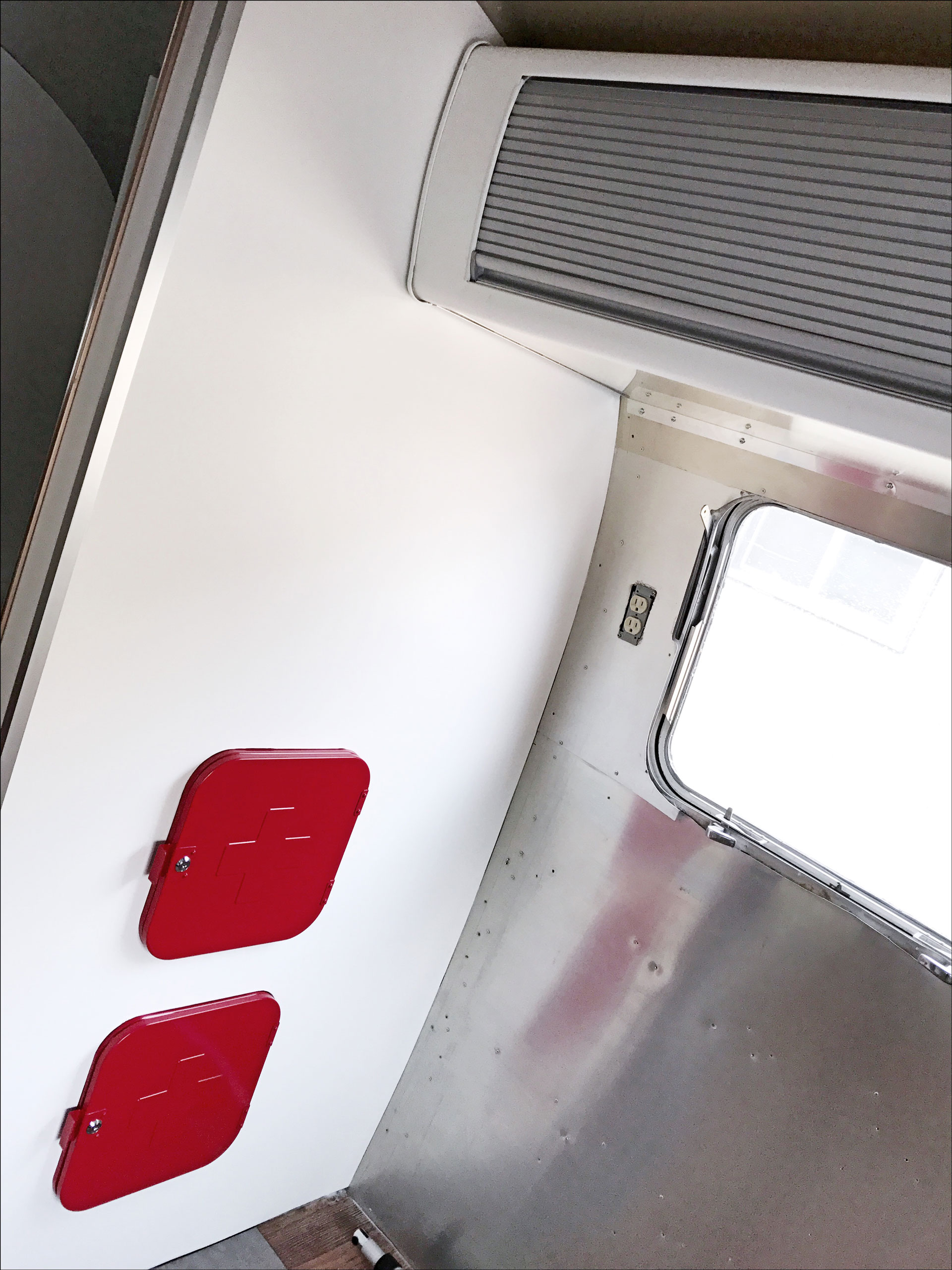 As an example, we build a new wall between or mid-bathroom and rear bedroom. The unit was not level, so I could not use a level to plum the wall. When I used a square to plum the wall from the bedrrom side and then moved the square to the batroom side I got conflicting informaiton. This same thing happened when I tried to square the wall from the ceiling and different points of the outside walls. VERY FRUSTRATING!!!

In the end it all looks great and is very functional, but if you are going to take on such a project, be prepared and do not expect everything to be perfectly square and or level from one end of your Airstream to the other. 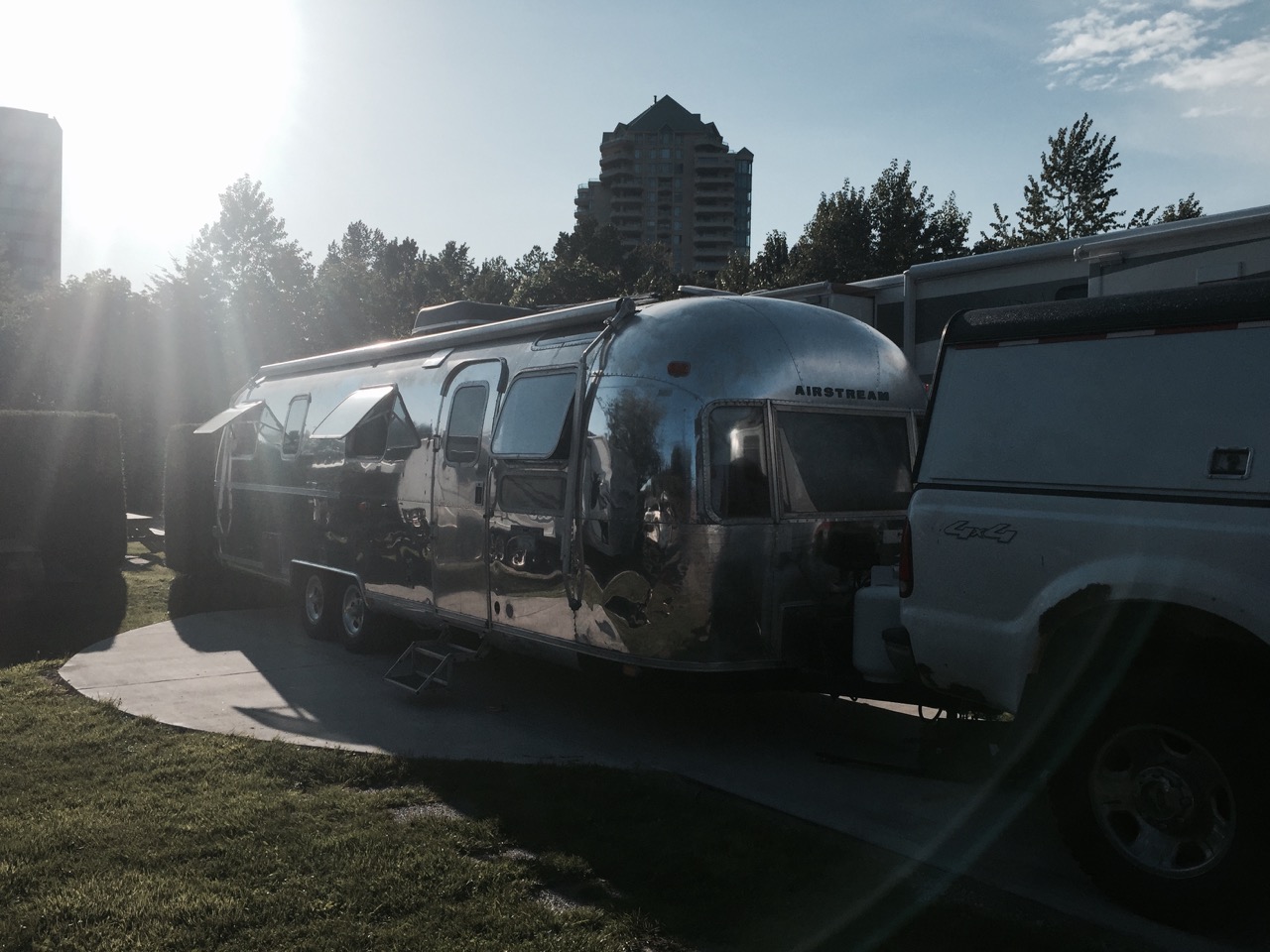 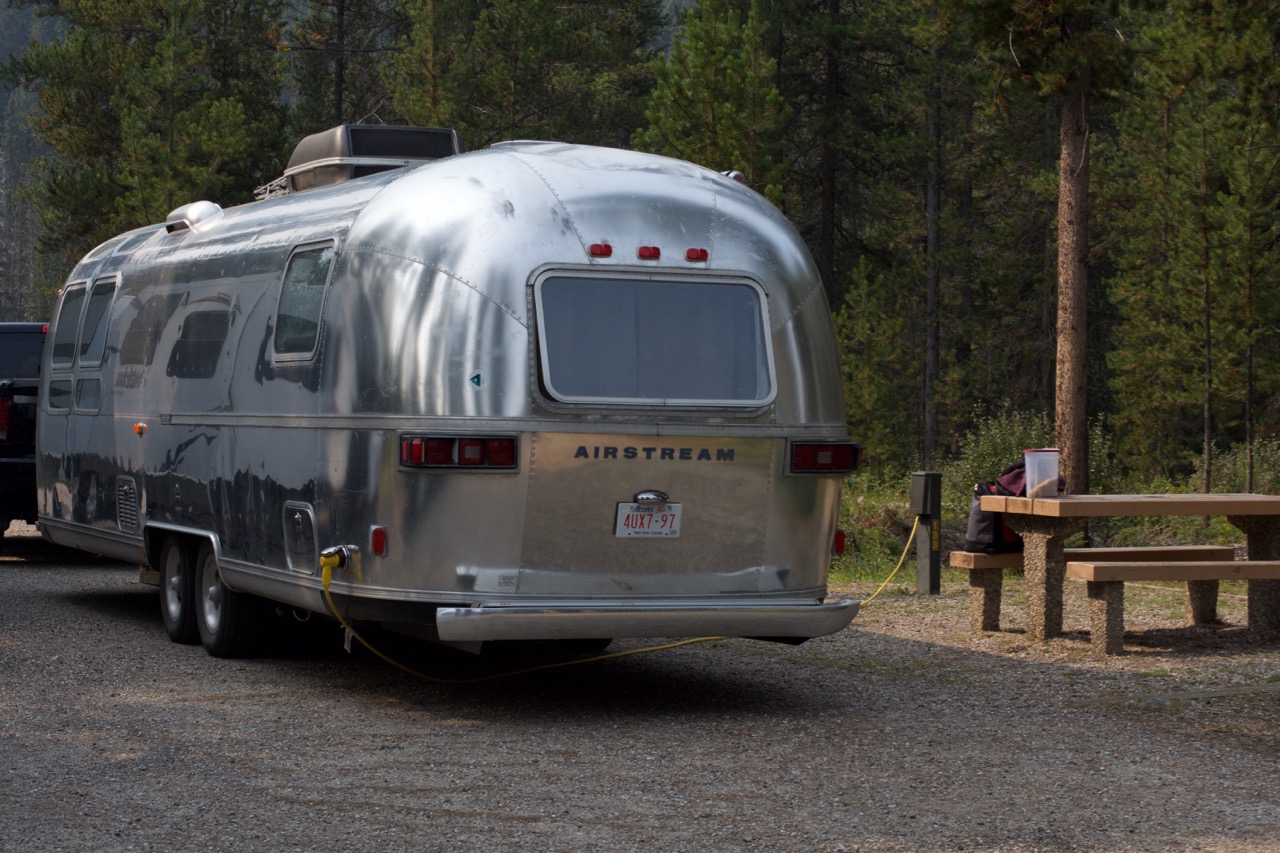 Prana in the wild at Lake Louise near Banff, AB 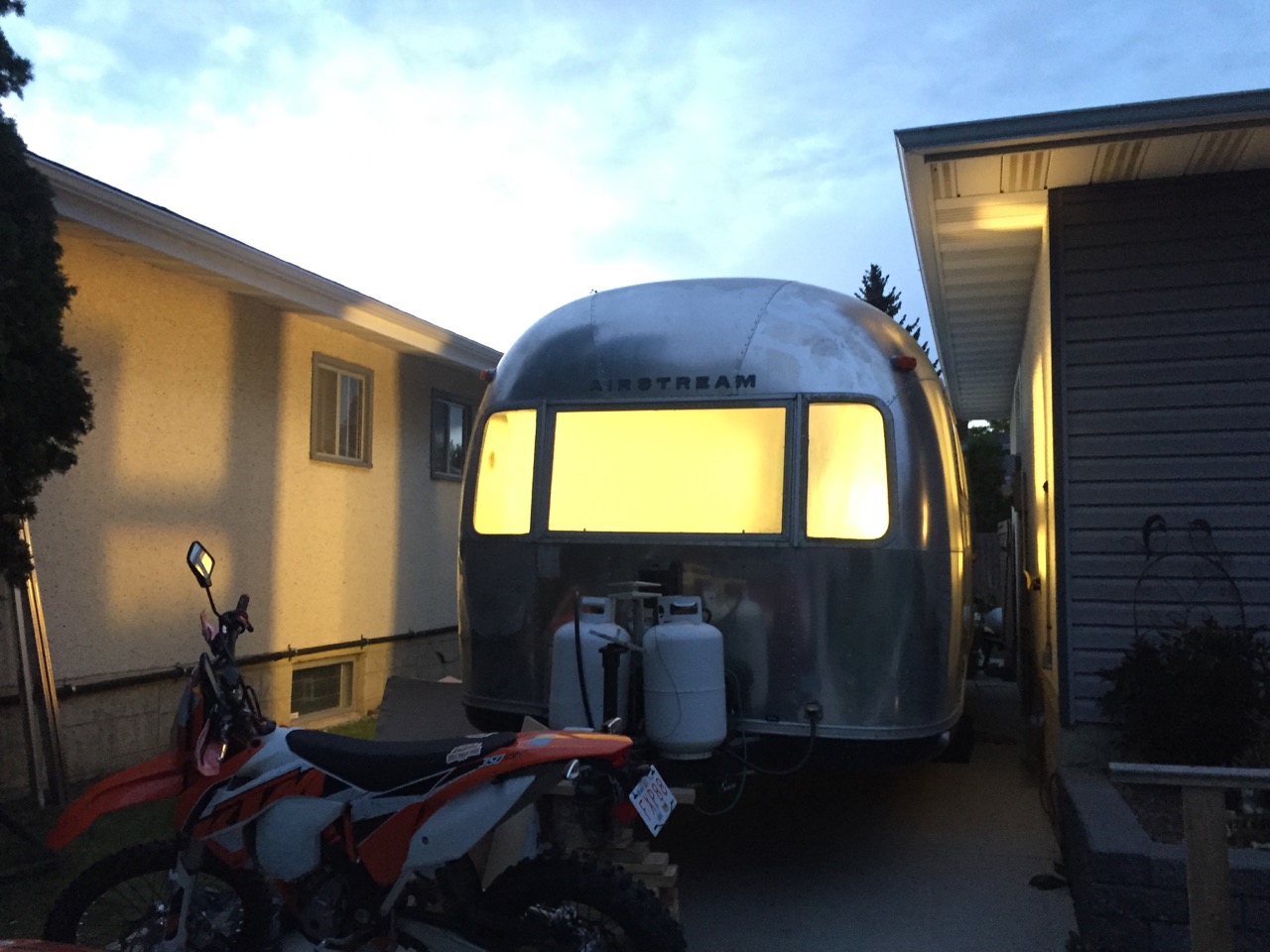 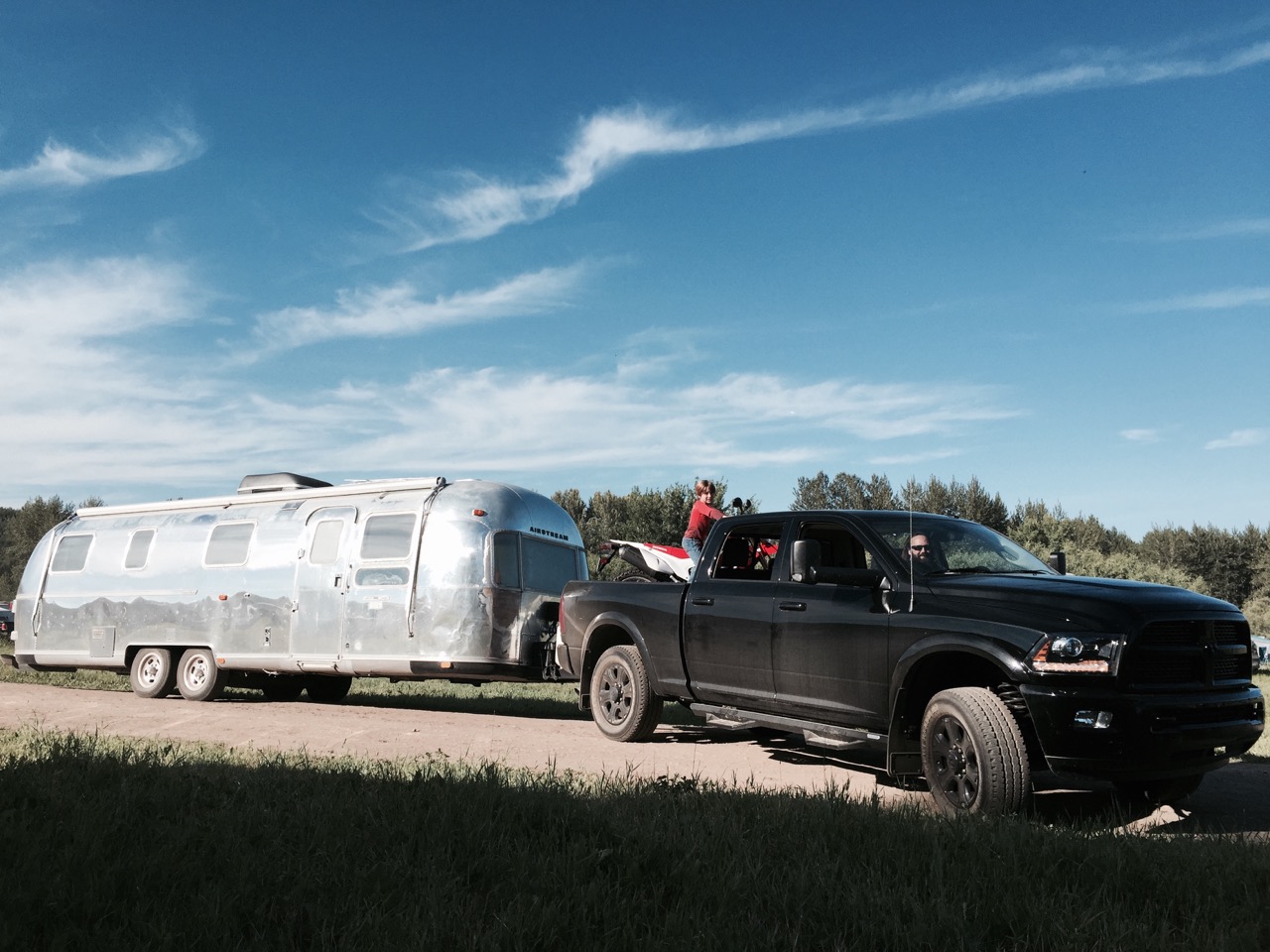 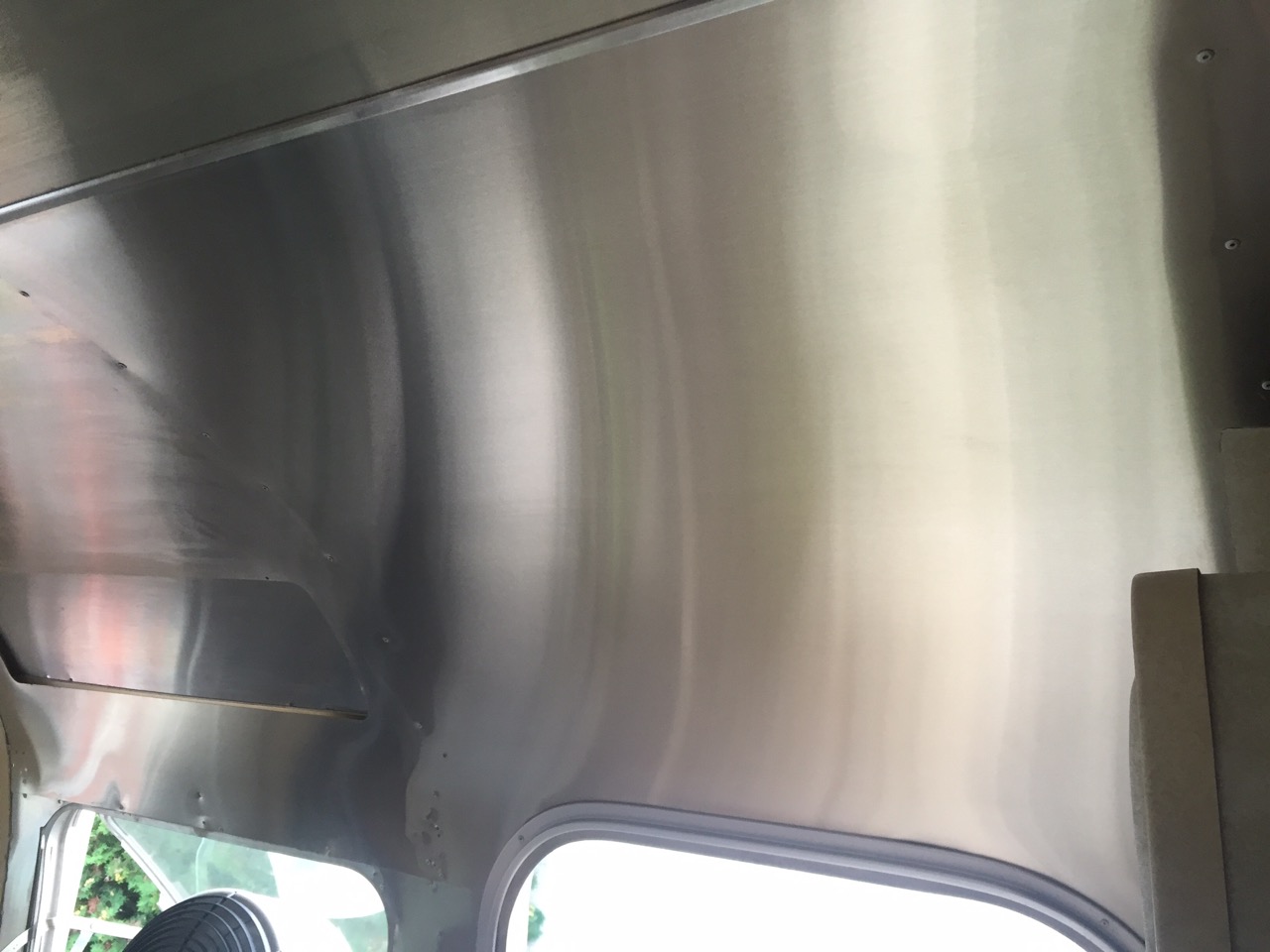 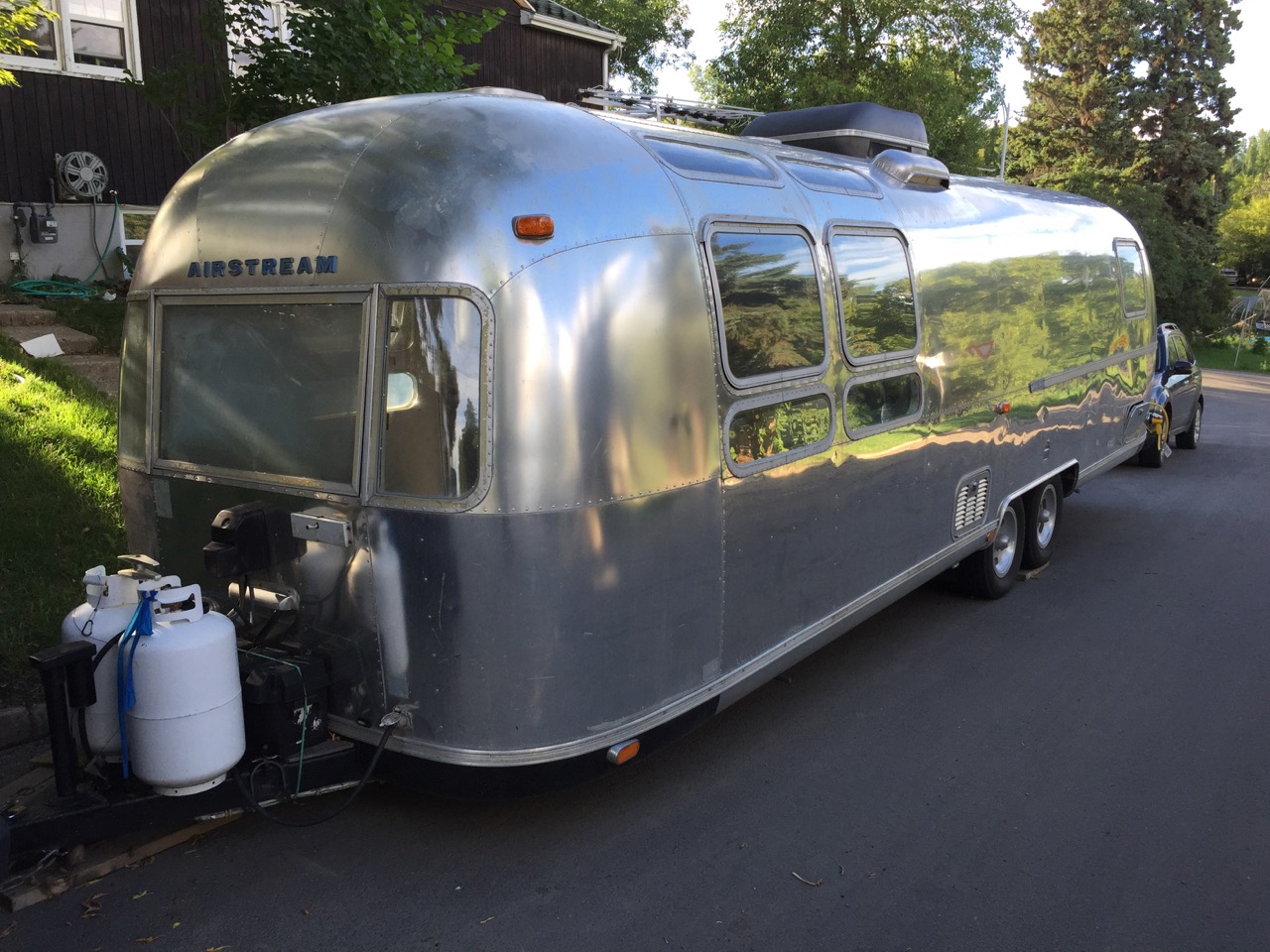 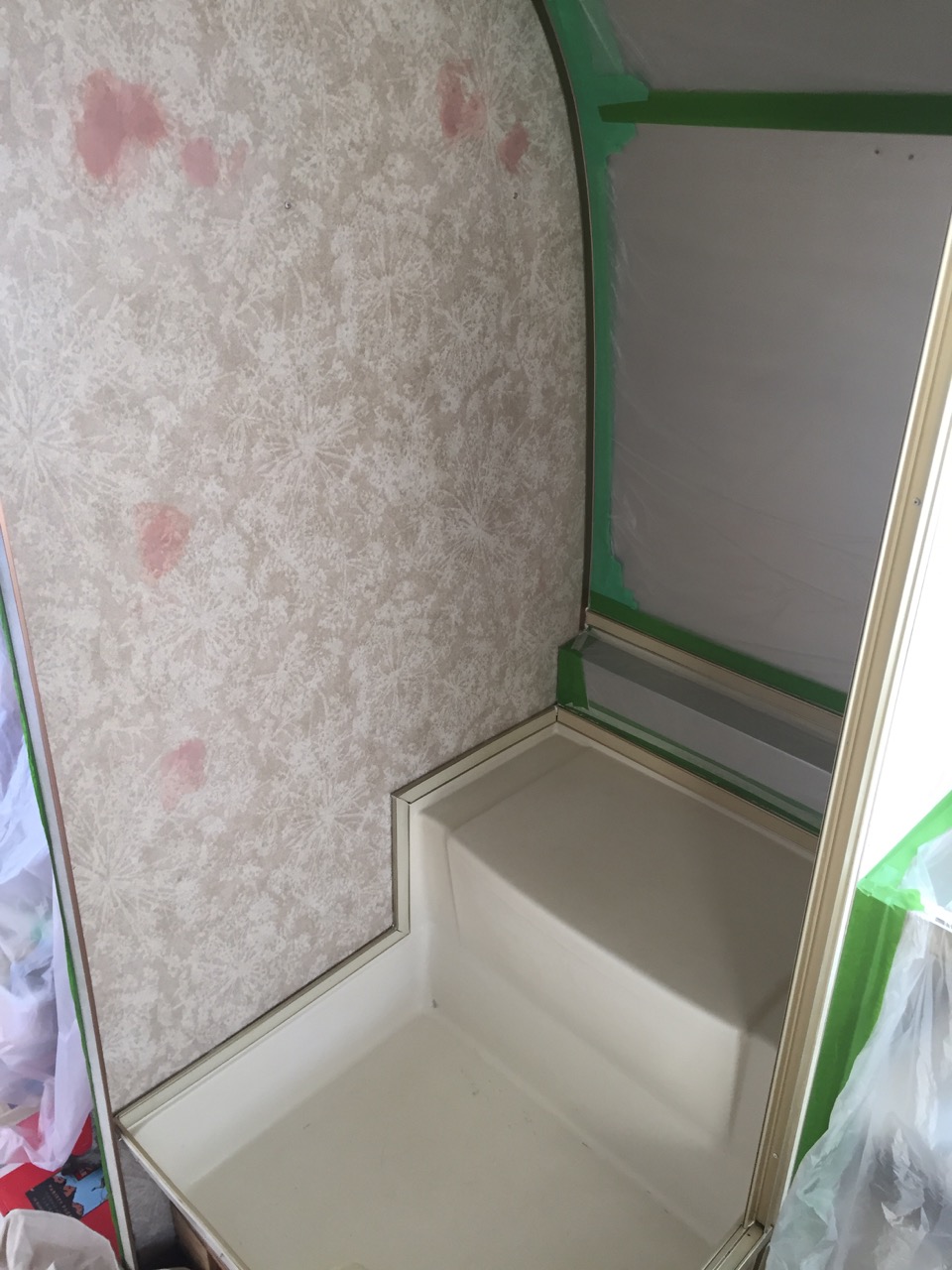 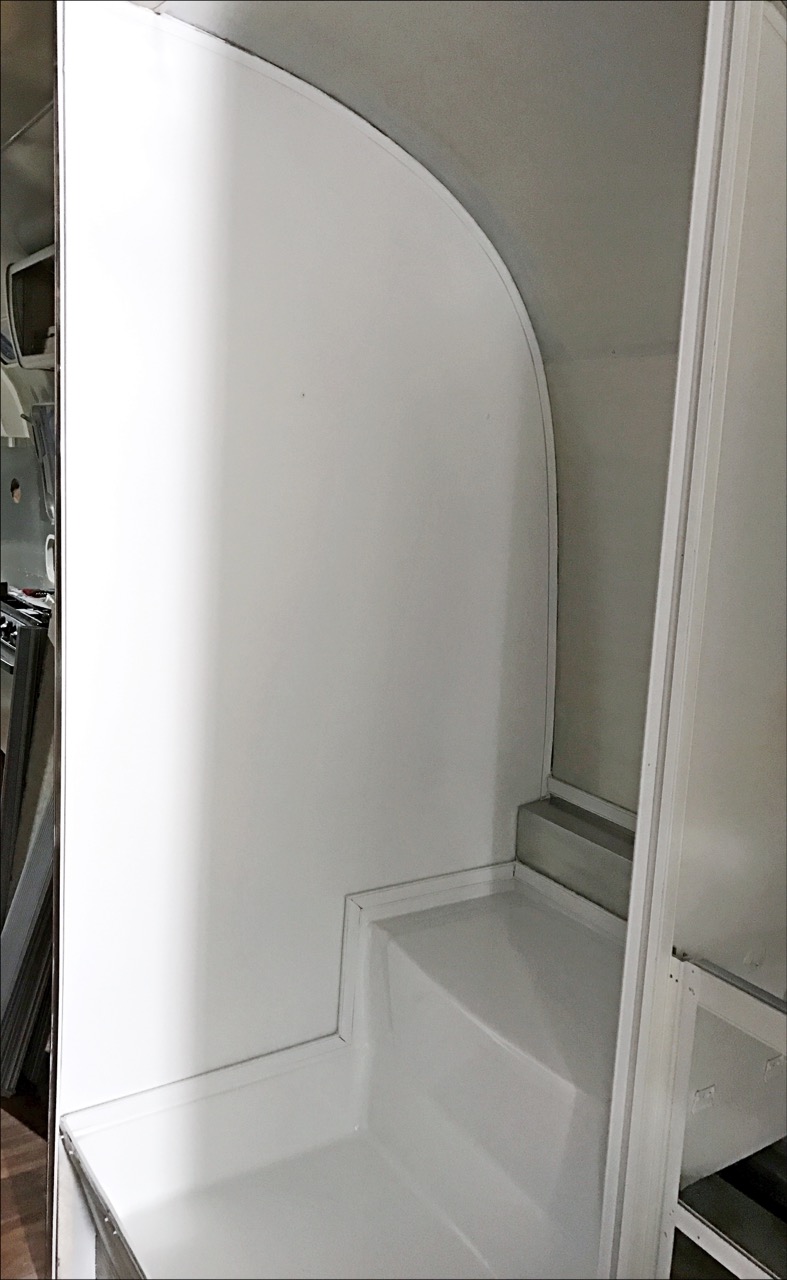 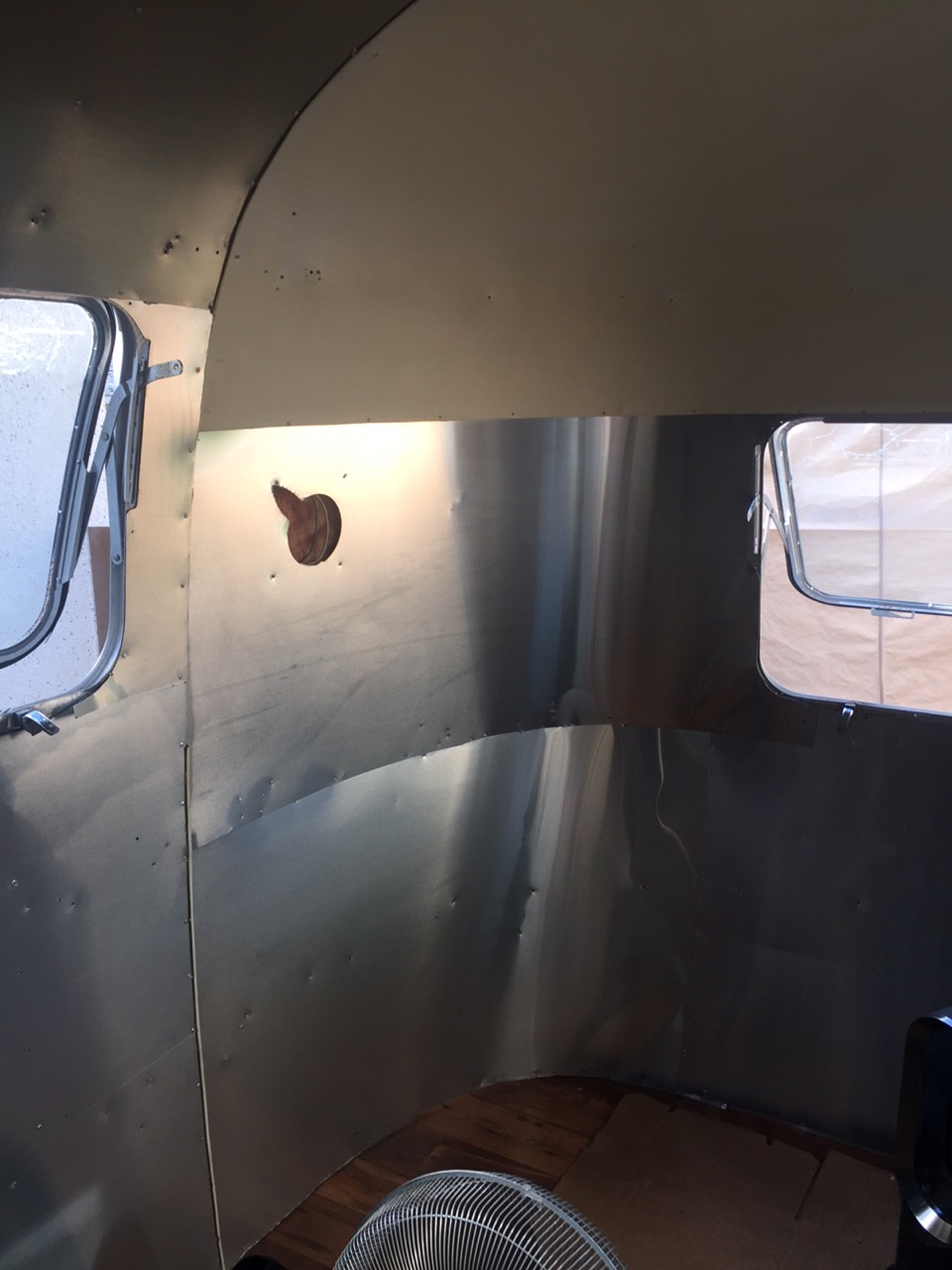 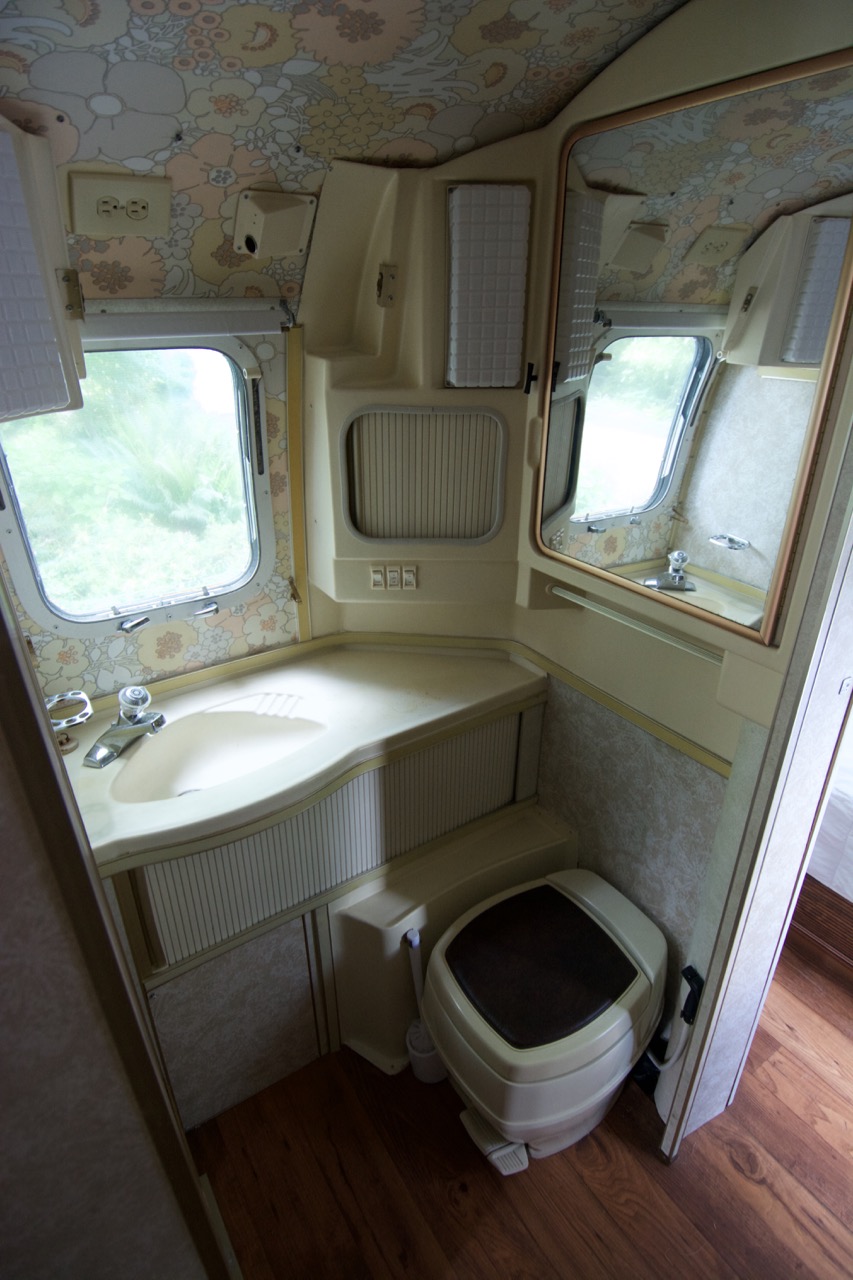 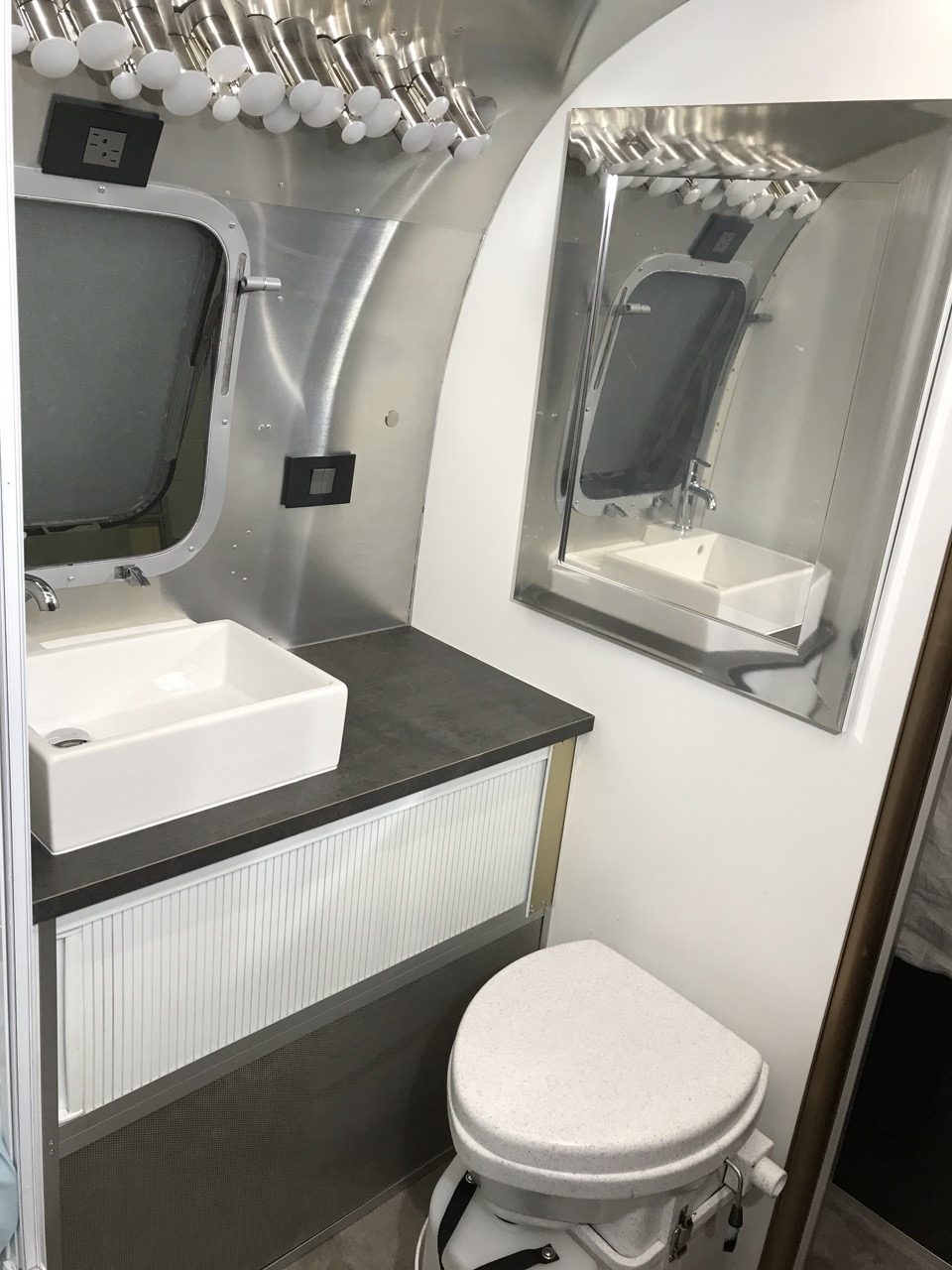 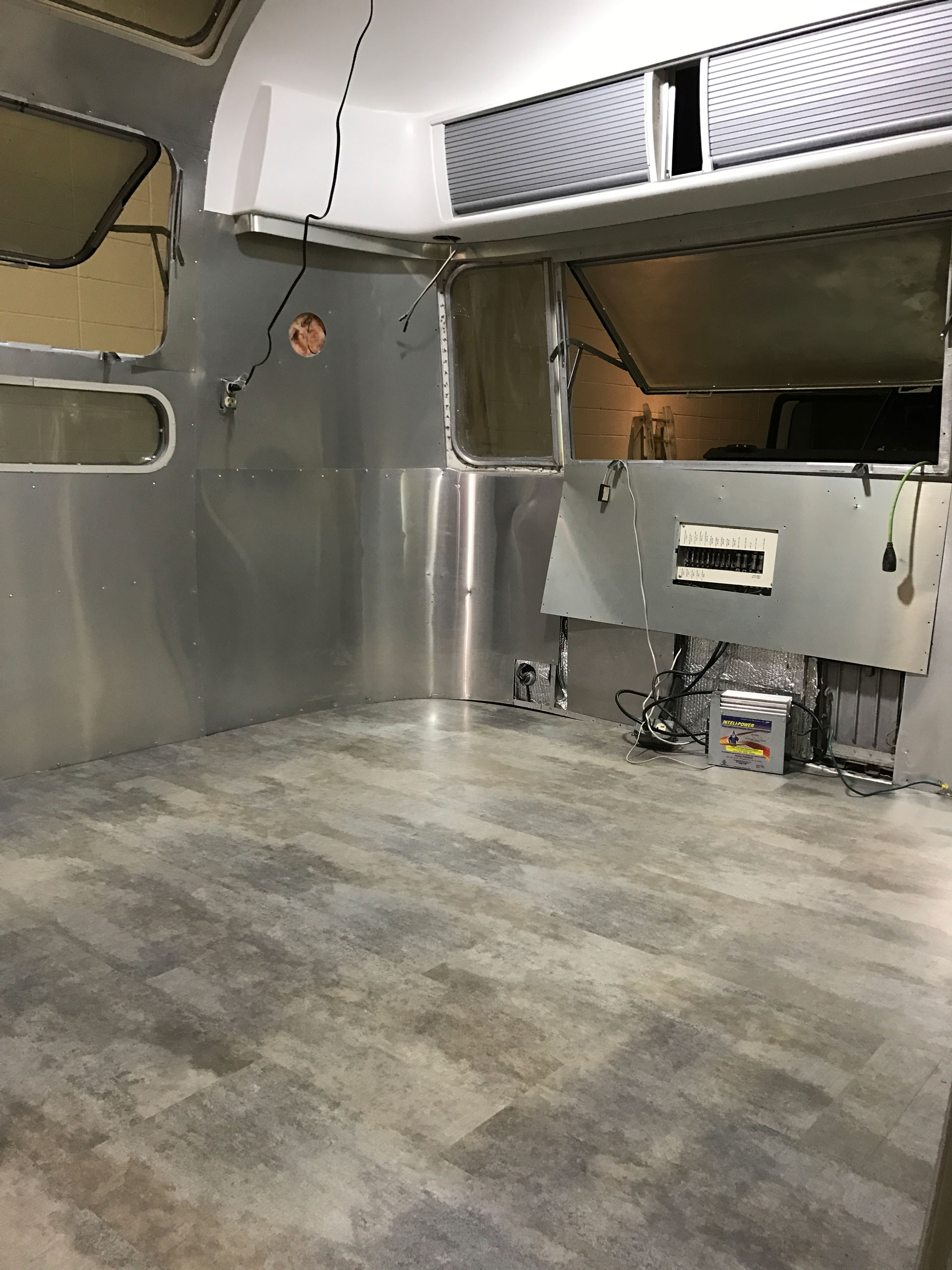 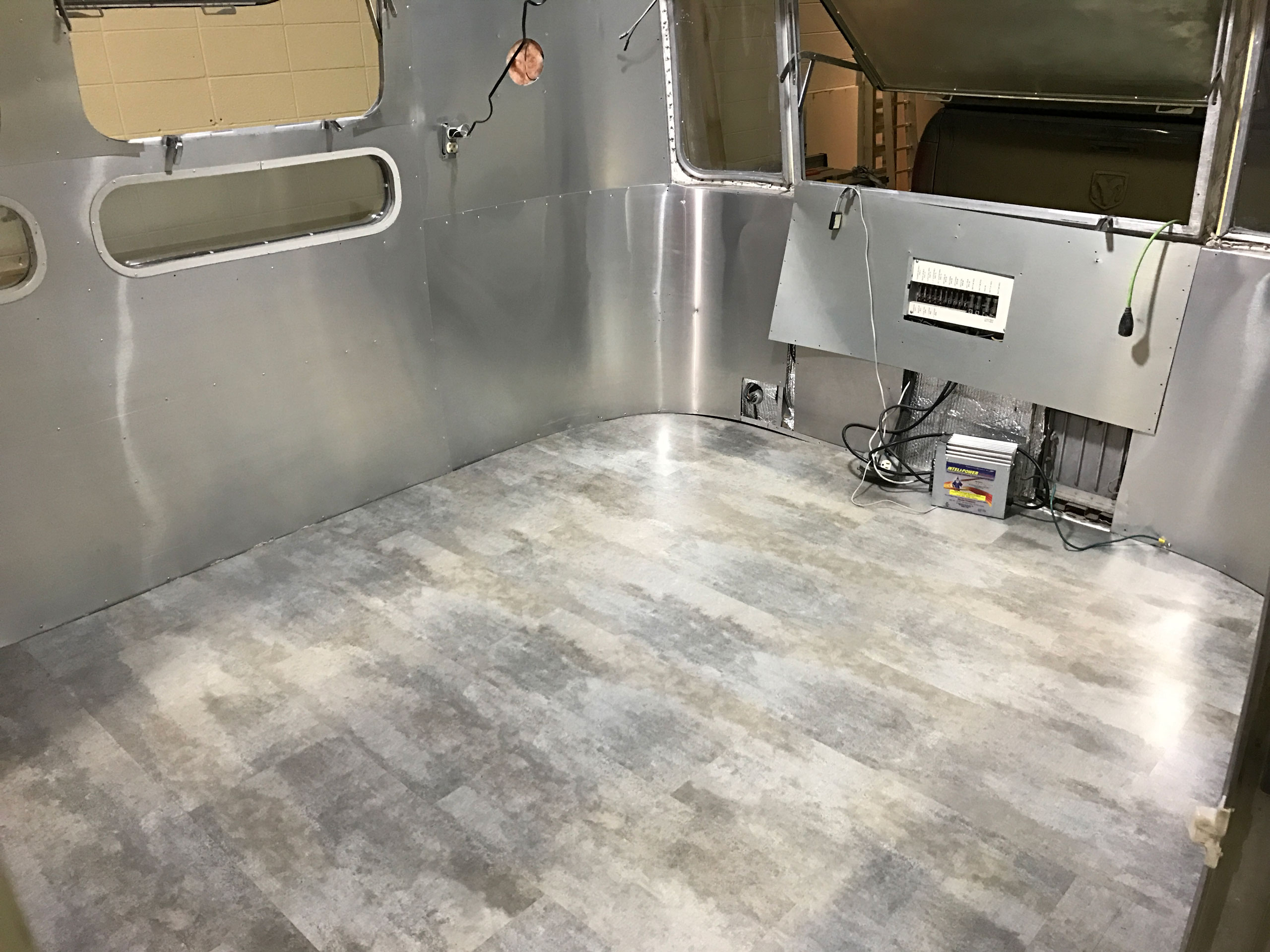 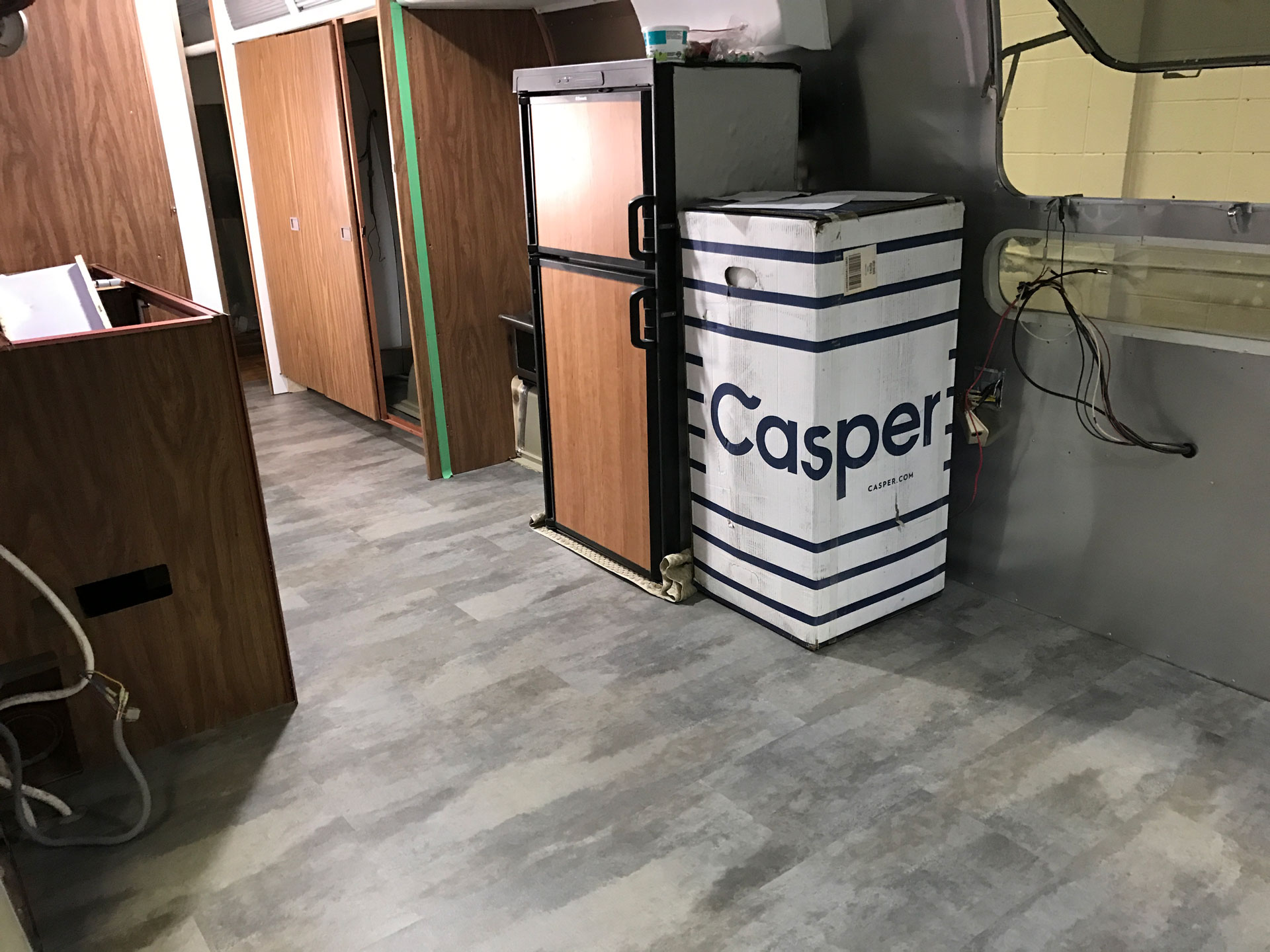 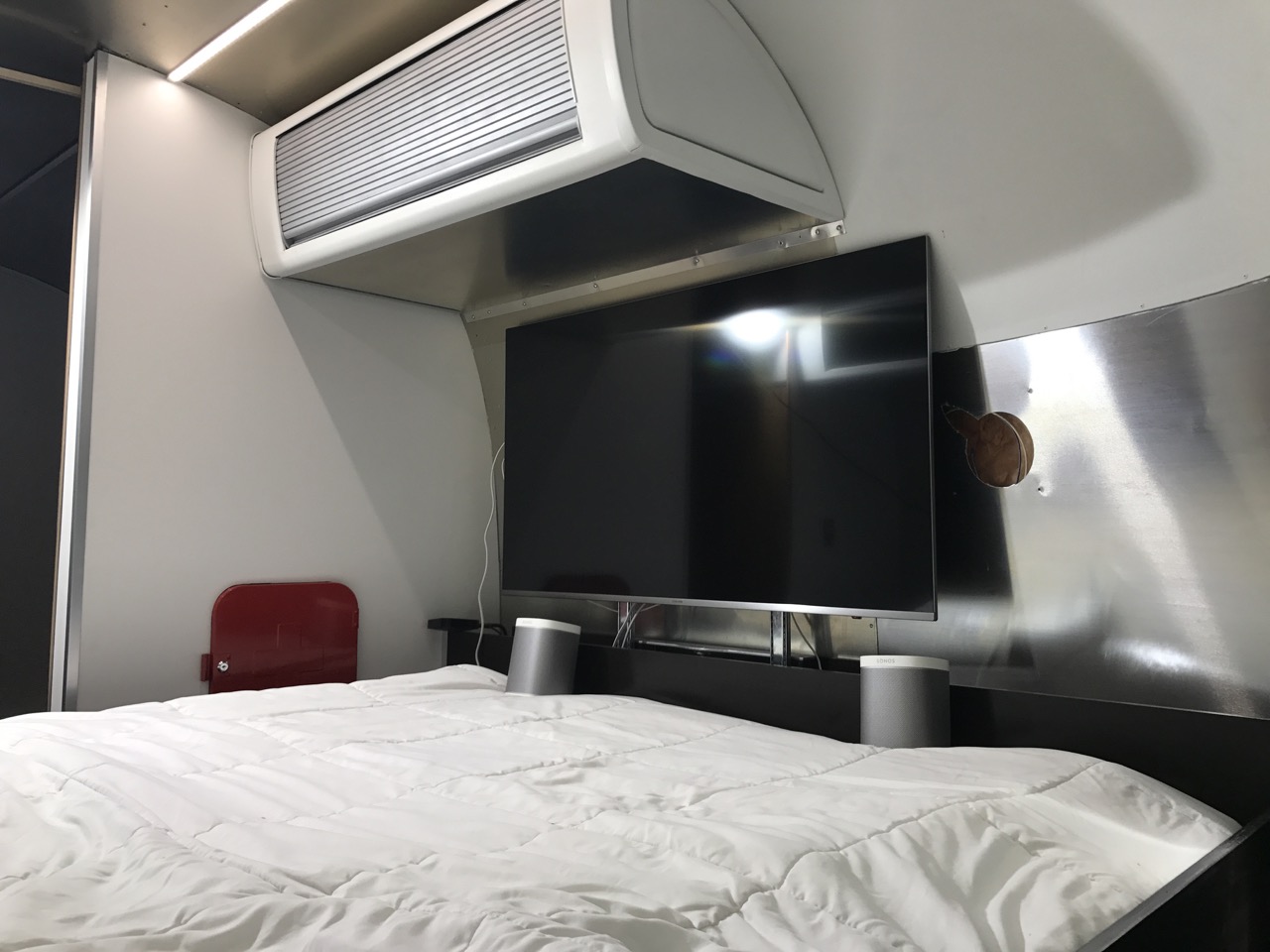 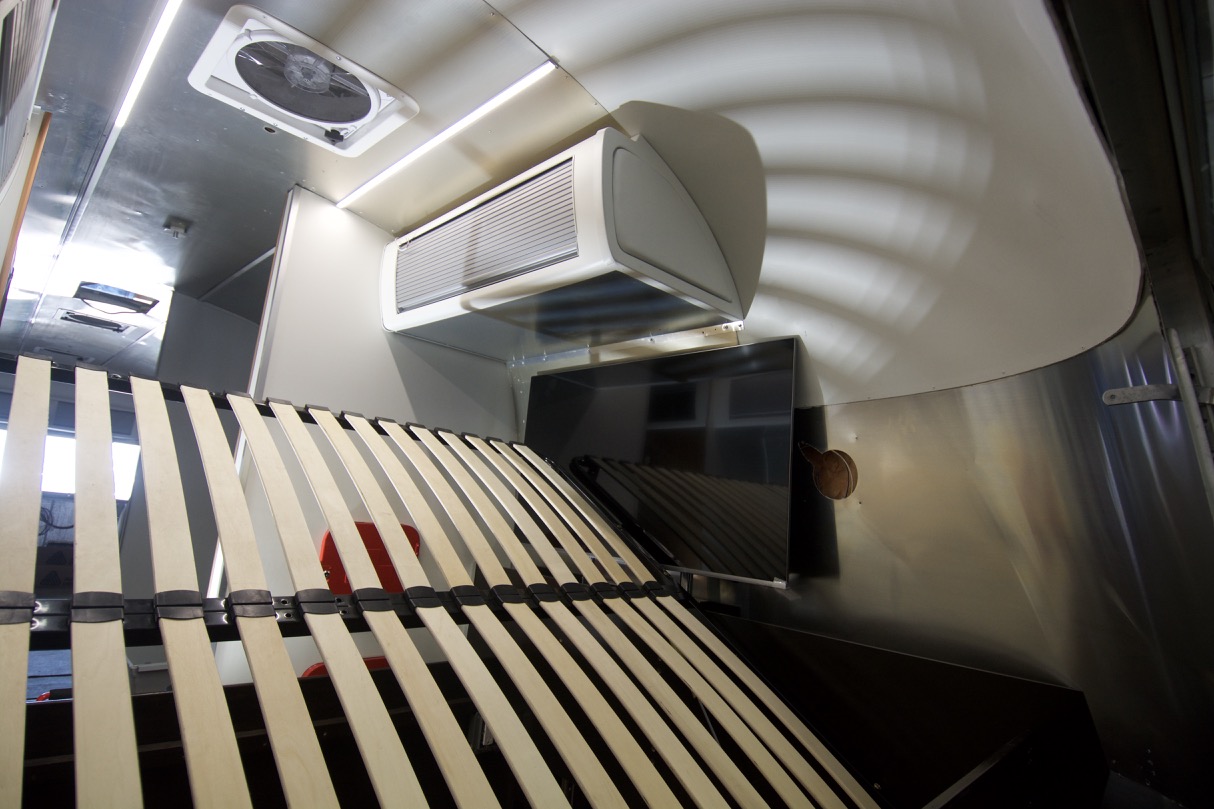 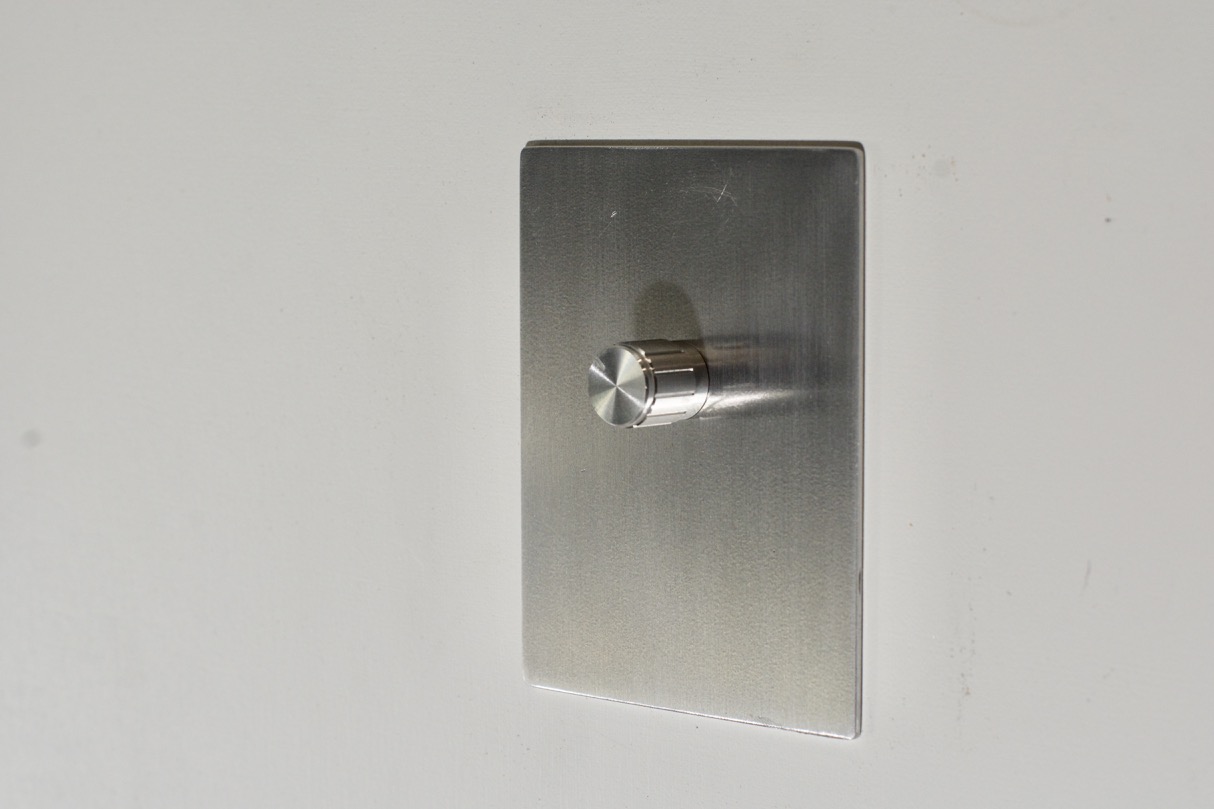 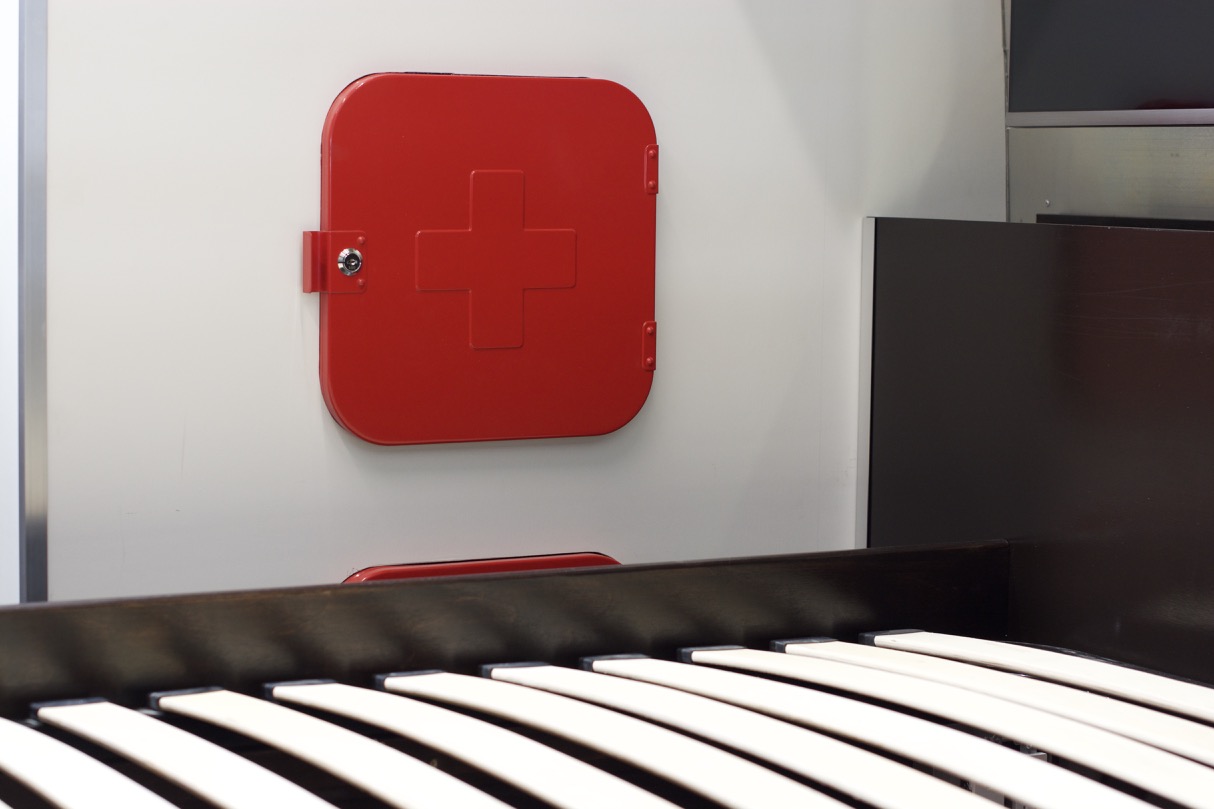 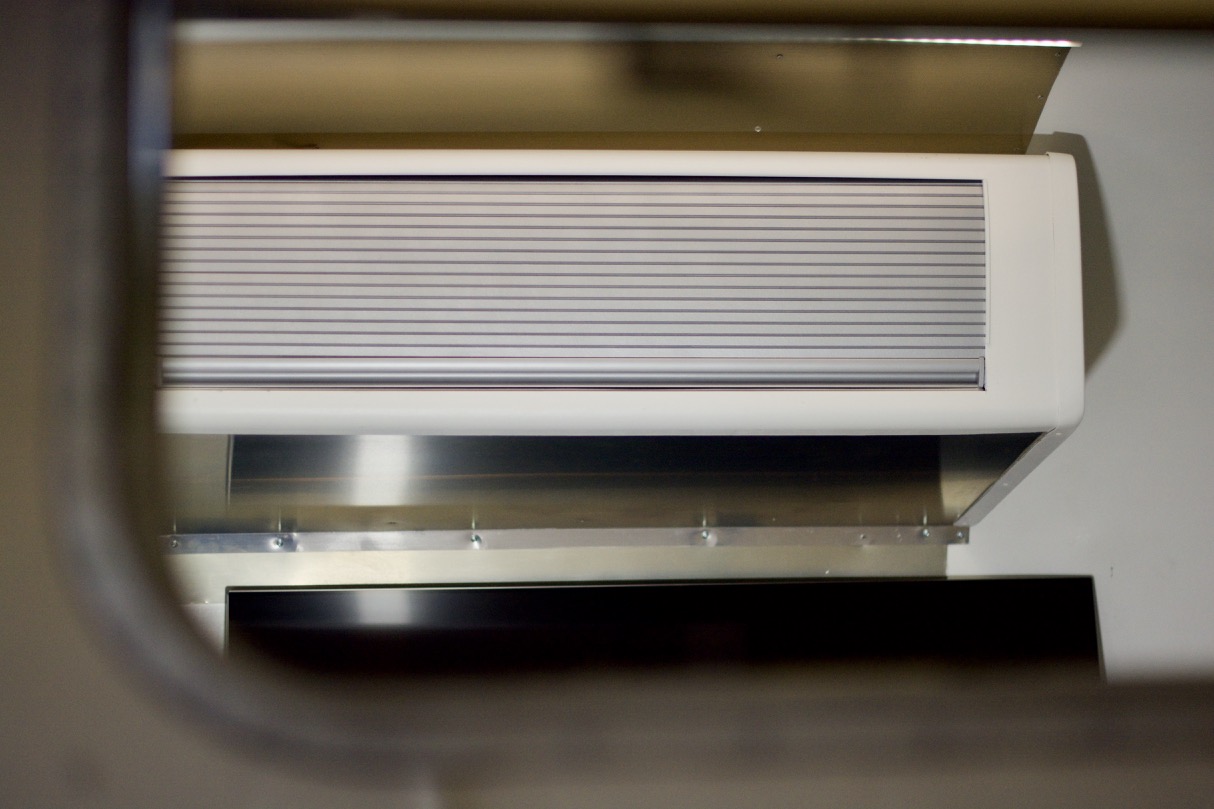 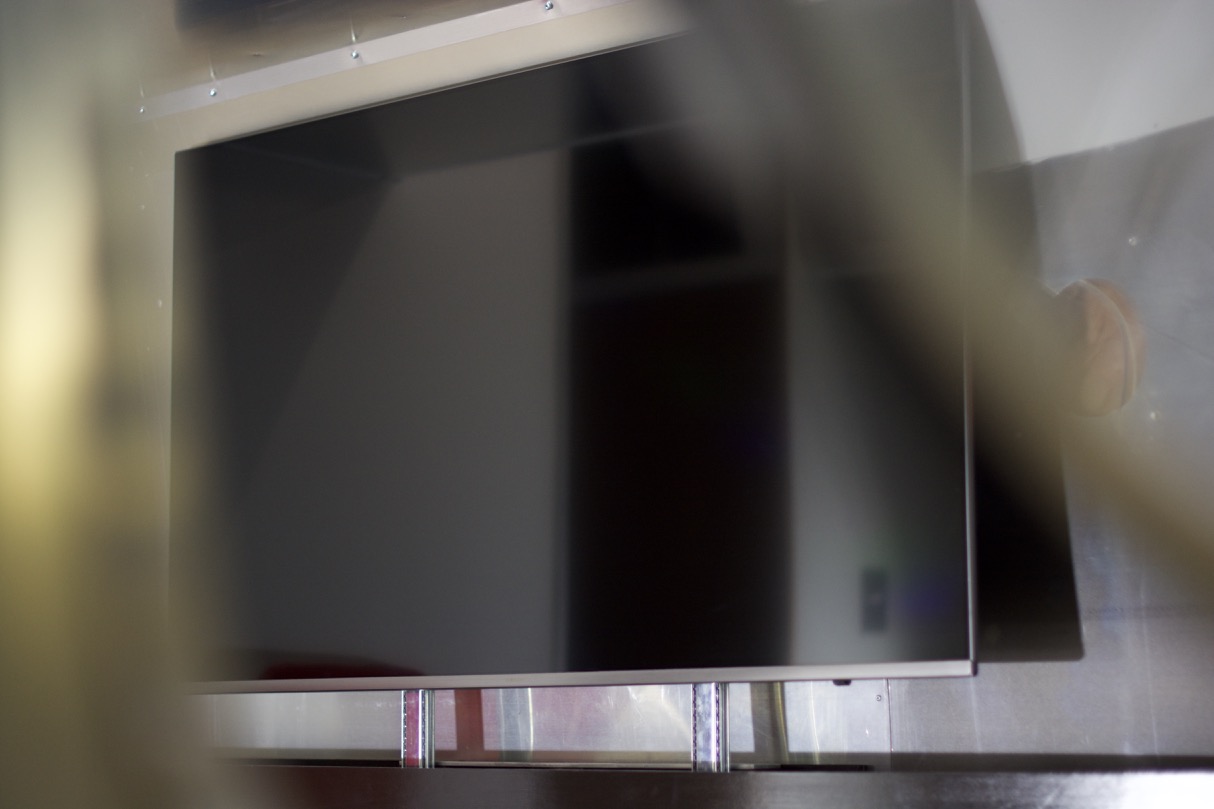 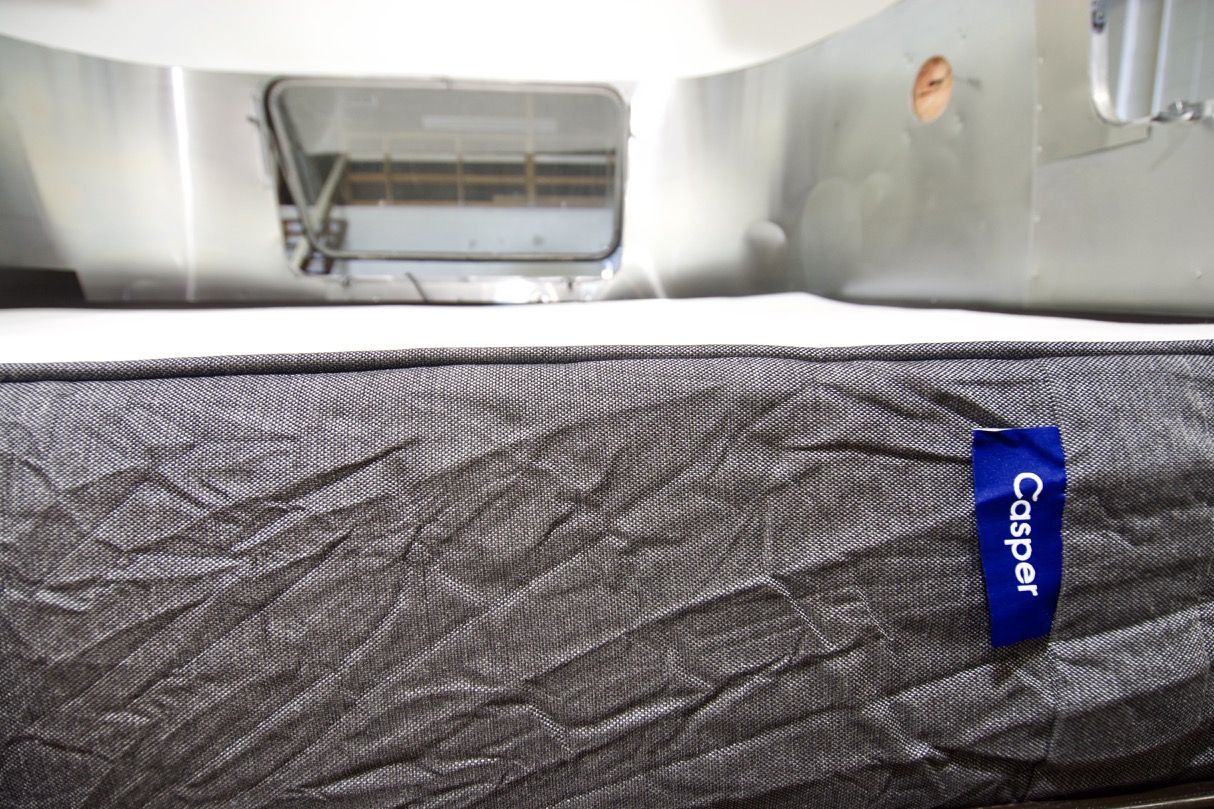 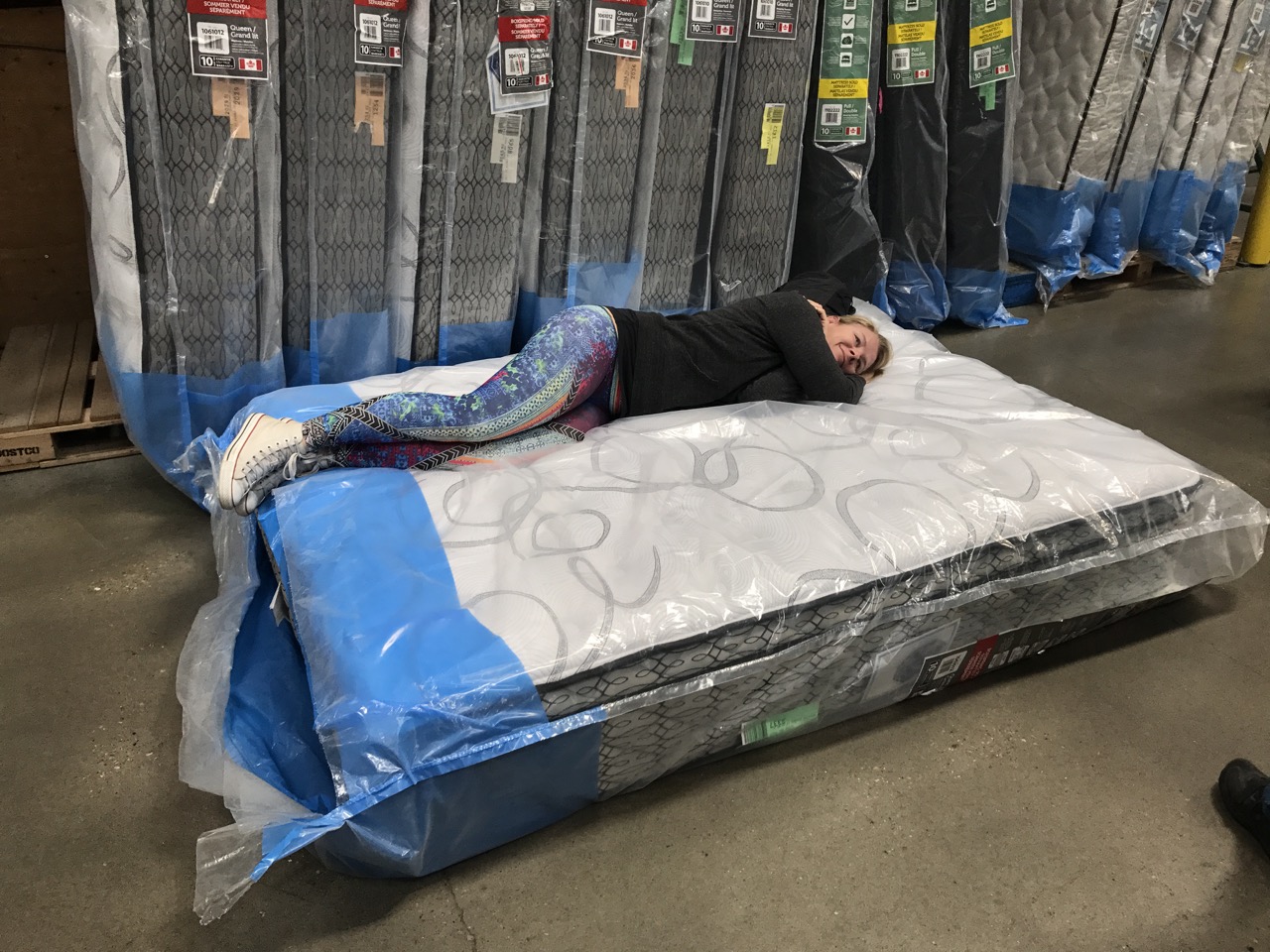 Bedroom - :-( the Casper mattress is too firm for us so we are back mattress shopping. 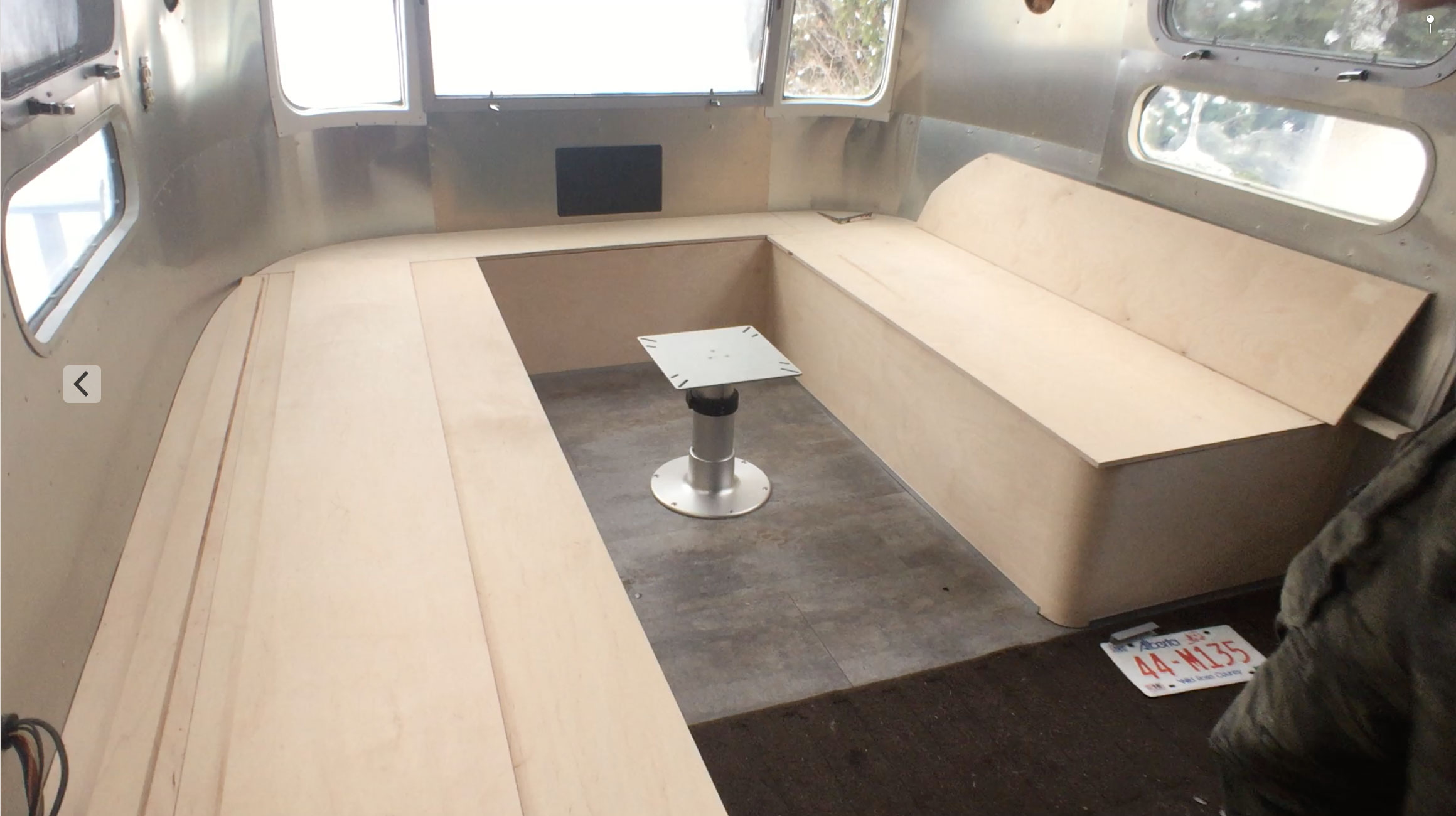 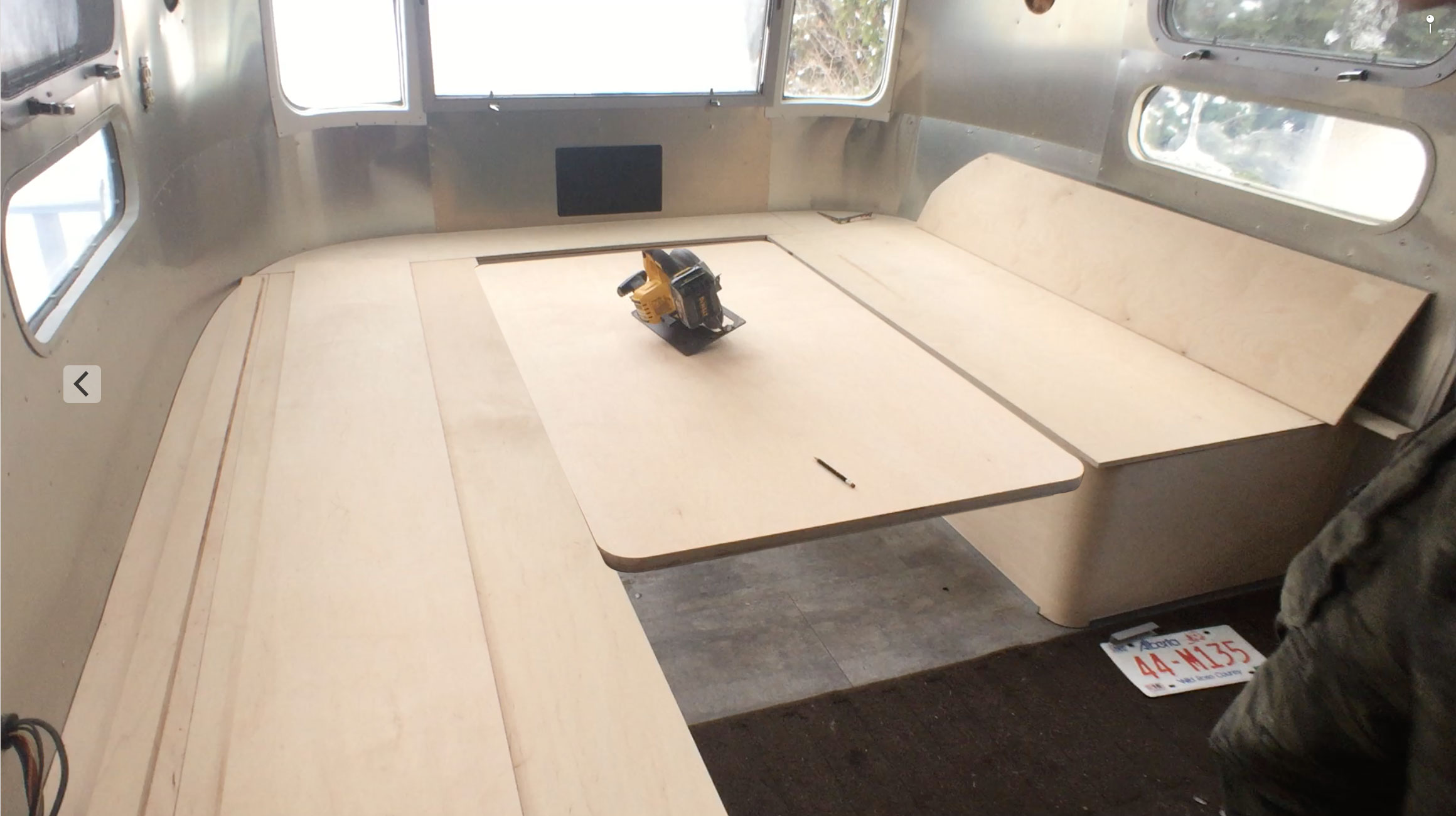 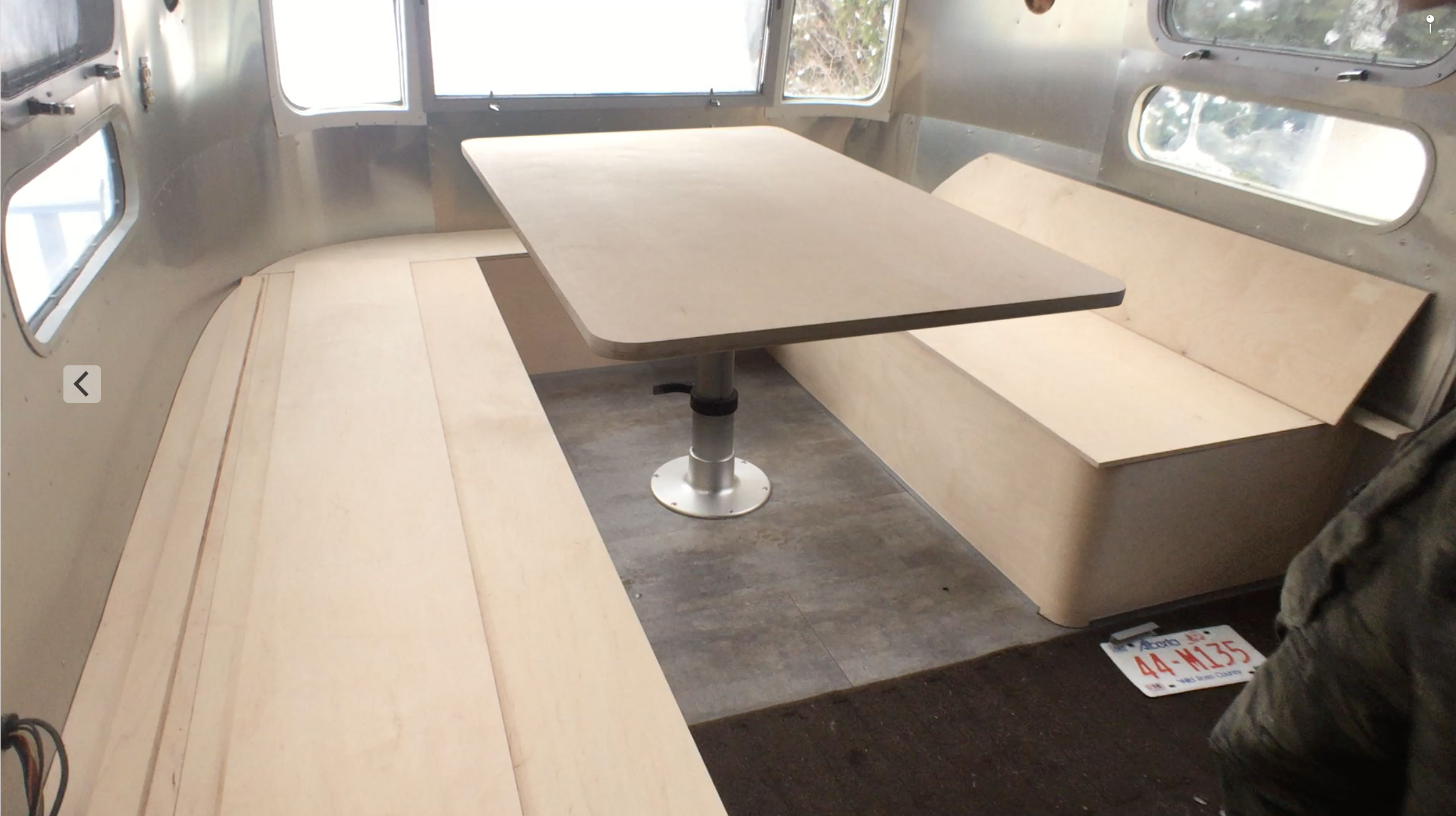 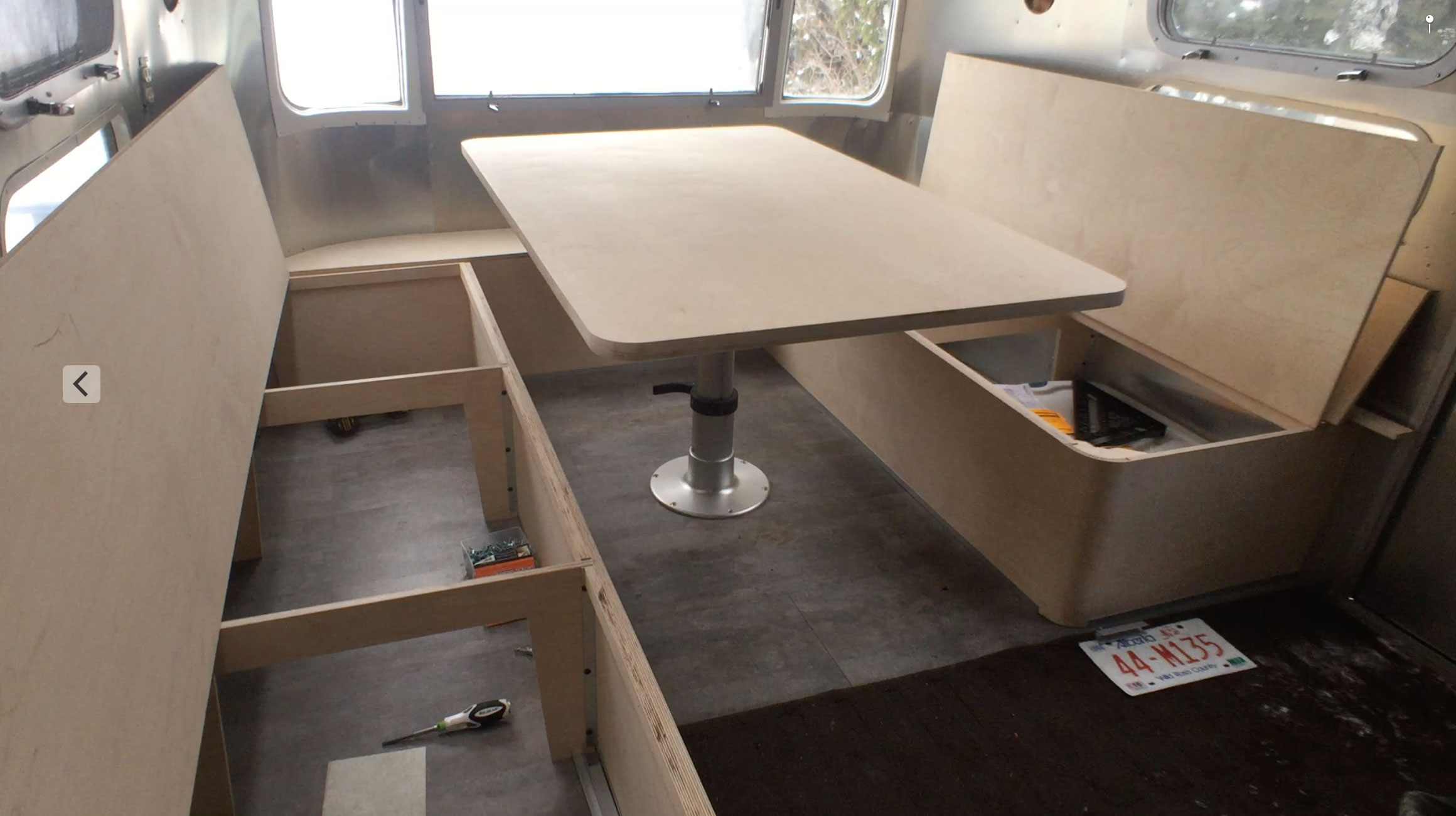 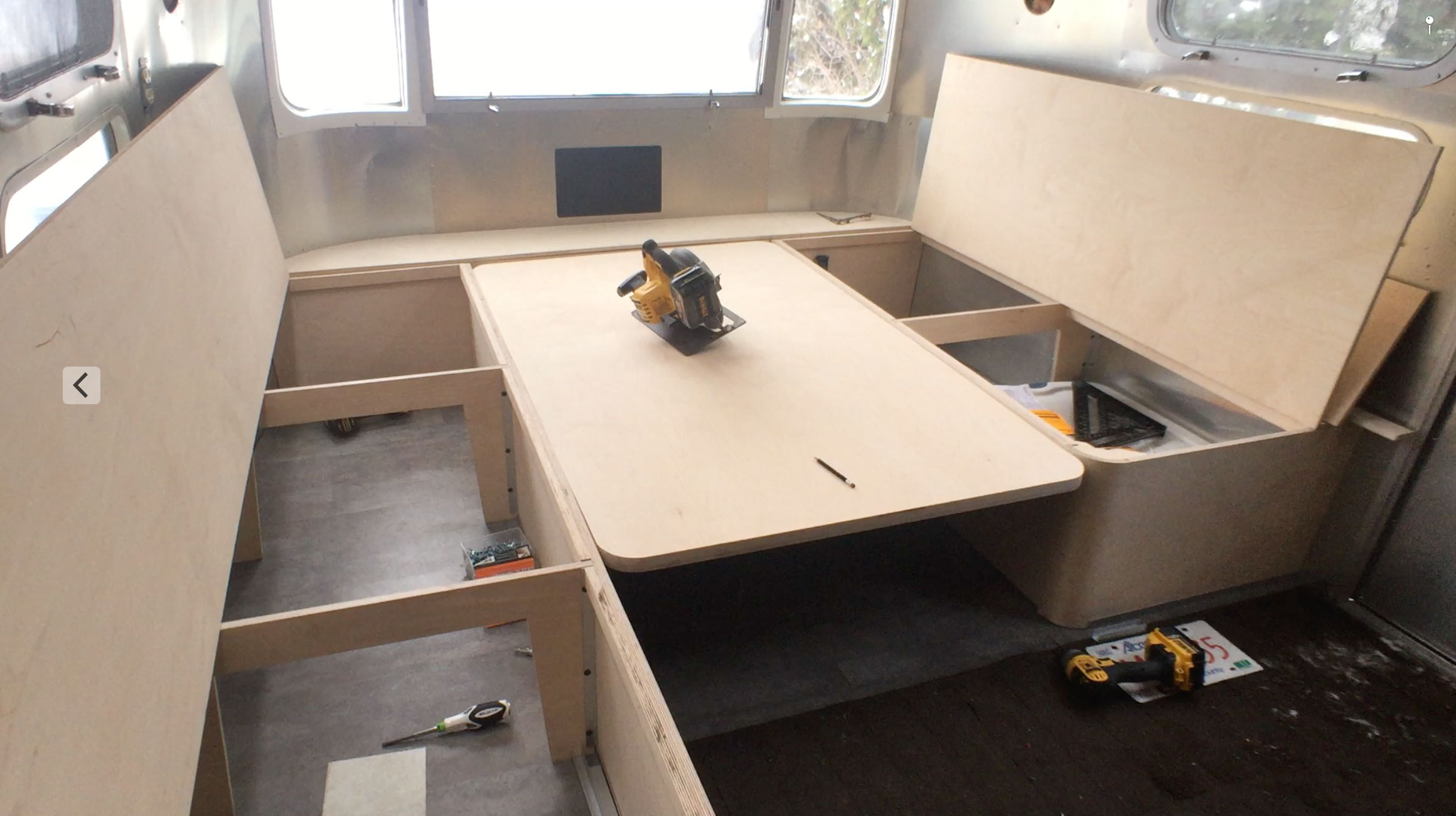